Choosing career is the most prominent question since the creation of mankind. The days of past were simple but new the digital world bring new challenges every day. As the world opted to adopt and welcome new work fields, underdeveloped countries, apart from other issues, suffering from desk based jobs and Pakistan is one of them. The debate of choosing between doctor and engineering has been for years in our country and masses are stick to it. Only from the last two-three years since Covid-19 appears, the concept of digital work started to grow but still the emphasize of doctor and engineering filed is strong. The Pakistani higher education system has many institutional constraints that include a lack of quality management, institutional structure, and knowledge gap between the various education systems in order to improve the effectiveness of Pakistan’s current higher education system. And the worst aspect of our higher education is that it produces mainly doctors and engineers.

During the Mughal period, Muslims received the best education. After the liberation war in 1857, the British embarked on a new educational system aimed at producing clerks and peons. Meanwhile, there were various educational institutions for English children. English students learned social science and learned management. Even after 70 years of independence, Pakistan’s progress toward higher education is not showing positive results. The successful transfer of graduates from Pakistan to better pastures overseas leads to the so-called brain drain, leading to criticism of countries like Pakistan.

There are several reasons that why student’s choice to become doctor or engineer. Firstly, there is neglection relation to social science. As in other fields of education, the fact is that knowledge is consistently regarded as an enemy by the powerful and authoritarian category. Its anti-education stance disrupts the thought process in children that makes adults who are easily deceived into being victims of charlatans of all kinds.

As social science studies the state, society, culture and human relationships also have a direct impact on people’s lives. Lack of social science knowledge can be dangerous. These sciences are important as they can promote positive behavioral changes and improve processes and institutions related to human mental development.

Political instability and a lack of focus on local authorities have made it difficult to hold any job in Pakistan. As there are many resources that can be used and job opportunities created over time but the distrust between the authorities and the priorities hinders them from using those potential resources. The education system in Pakistan is also participating in this as every year thousands of graduate students are exposed to markets where there are no jobs available. Therefore, students and parents feel that it is safe to choose between the two, so if he does not get a job, he may start his own career.

Deteriorating legal system and order in various parts of the country forced investors to withdraw their investments. Power outages are disrupting the economy, especially the industrial sector as it is one of the major sectors of Pakistan’s economy. The sector should employ a large number of staff. But due to power outages the existing industry is deteriorating, leading to the current rate of unemployment. Due to the low availability and high levels of basic inputs such as electricity, gas and oil etc. many factories have closed and many are preparing to close. This uncertain state of depletion undermines the future plans of the expansion business in the country and has left an irreversible impact on the Pakistani labor market. The current global financial crisis is also one of the main causes of unemployment in Pakistan and globally.

There are also certain barriers to work in Pakistan. First of all, young people choose to go abroad in order to have a better future, better pay, and more secure employment. After completing 16 years of education, there are no job opportunities in the market that frustrate Pakistani youth and try to fly to another country where they can get suitable jobs. Due to terrorism in the state, people of Pakistan are afraid to stay in their country because here their lives are in great danger. Daily bombings and a lack of security and safety issues force them to settle abroad permanently.

Corruption is another problem. In our country it is considered that if you want to win a case in court you have to hire a more honest judge than a good lawyer. You have to bribe someone or you have to contact someone to get a good job. Almost every second person wants to escape from a world where there is no talent for talent and skills, where things are not going well, where people are not safe from criminals.

As we all know that education in Pakistan is cheap and not every student can afford to go to well-known colleges and universities. If a student is in middle class and the fees are expensive then he may have to drop out of his studies.      Career counseling is a need of time. It is observed that Pakistani students are now experiencing difficulties while choosing their careers. Students are confused about which field to pursue. It is common for parents to want their children to become doctors or engineers, and students, on the other hand, want to be a photographer, architect or journalist.

Another problem that Pakistani students often face is the lack of professional and experienced teachers. It is considered that most prestigious and prestigious schools do not have experienced staff and as a result fail to provide relevant information to students. Continuing the infrastructure problem. We have seen that most schools and colleges in Pakistan do not have the right infrastructure. Finally, we have seen that most colleges and schools are accepted on an index basis. In this way, they fail to filter out the students who arrive. This feature lowers students’ morals and loses hope of success. We need to end this tradition as soon as possible. Admission should be fairly strict and not at all from the point of view of reference. All in all, we can say, Pakistani students are full of many problems.

There are solutions to the above discussed issues as well. Achieving a demographic allocation is strongly linked to developing the economic potential of recruiting young workers into productive jobs,  deep investment in education and skills training and empowering them to participate effectively in the global social and political arena. The policy actions to achieve these goals must be based on three key principles. Governments should encourage collaboration with the private sector. Punjab led the establishment of the Punjab Skills Development Fund (PSDF), providing skills training in partnership with private companies.

Pakistan currently does not have a national youth policy or state organization, after the downturn in freedom, to lead efforts for the youth. Policy interventions such as the apprenticeship program, the provision of free laptops, and a few other programs under the Prime Minister’s youth program, will provide only temporary solutions unless they are fully integrated to push for effective service delivery, including. education, skills, health, and staff interventions.

Reasons Why Glasses Is Getting More Popular In The Past Decade 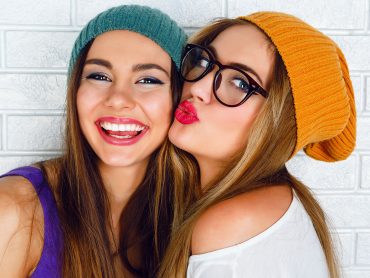 Reasons Why Glasses Is Getting More Popular In The Past Decade 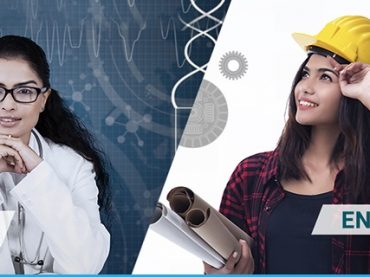