“He (Hafiz Saeed) is out in the open, it is a tremendous concern to the US. We have a reward on him, for his arrest,” said US State Department spokesperson Heather Nauert. 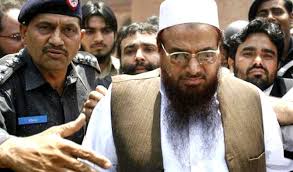 She was responding to a question about ousted Prime Minister Nawaz Sharif’s admission that Pakistani terrorists or “non-state actors” were responsible for the 26/11 Mumbai terror attack.
Without naming Mumbai attack conspirators Hafiz Saeed and Maulana Masood Azhar’s terror outfits — JuD and Jaish-e-Mohammad — operating in the country with impunity, Sharif had said: “Militant organisations are active in Pakistan. Call them non-state actors, should we allow them to cross the border and kill over 150 people in Mumbai?”
Sharif had questioned why the government and judiciary was unable to complete the Mumbai attacks-related trials that are presently stalled in a Rawalpindi anti-terrorism court. 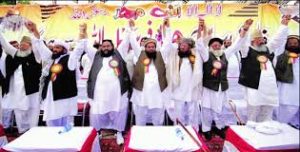 Earlier in May, Saeed kicked off campaigning for the Milli Muslim League, the political front of the JuD, with an eye on the general elections in Pakistan this year.